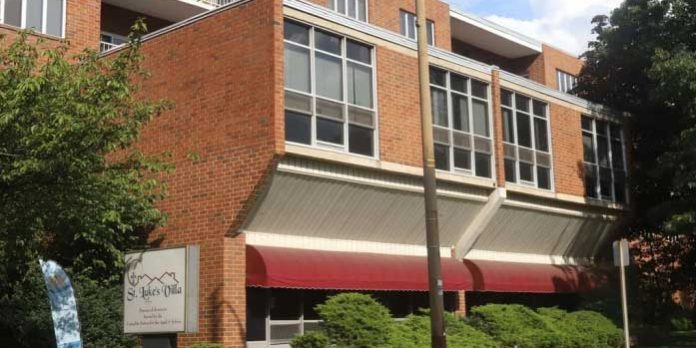 It was difficult for Ronald Oley to have his feisty, 84-year-old mother, Dorothy, admitted to a local nursing home.

It was unbearable for him to imagine the pain and alleged neglect she experienced before her organs shut down and she died of sepsis exactly 21 months later.

“She was always very active and talking to staff and other patients. In fact, one time they called us and said, ‘Your mom is staging a mutiny. She’s telling everyone to meet at the front door and they’re going to escape,’” Oley said with a chuckle. “That’s the type of person she was.”

But when he ponders the suffering his mother endured, Oley’s eyes tear up.

“It was real heartbreaking, first of all to have to put her in a nursing home, seeing someone who was always so active and strong and independent, and then to find out this nursing home that charged $329 a day, like $10,000 a month, didn’t provide the proper care,” he said.

Dorothy Oley was a resident at Hampton House in Hanover Twp. for nearly four months before her son had her transferred to The Gardens at East Mountain in Plains Twp., where she spent a little more than a year before she died at Geisinger Wyoming Valley Medical Center.

Ronald Oley, on behalf of his mother, filed a lawsuit against Hampton House in July 2018, while she was a resident at The Gardens. His attorney is currently reviewing his mother’s medical records from The Gardens, and Oley anticipates legal action against that nursing home as well.

Oley said he had no idea that the U.S. Centers for Medicare and Medicaid Services (CMS) had assigned Hampton House a one-star overall rating — the lowest on a five-star scale.

Likewise, Oley was unaware that The Gardens at East Mountain scored only two stars in the latest overall ratings, which are available to the public on Medicare’s Nursing Home Compare website.

In fact, CMS rated more than half of Luzerne County’s 25 Medicare-certified nursing homes either “below average” or “much below average.” The statistics are similar for Lackawanna County’s 18 nursing homes, half of which have one-star ratings.

Oley said that didn’t surprise him. And if he had known the ratings system existed, he would have done more research on placing his mother after she began losing her footing and falling in her Plains Twp. home.

“If I had researched that, even if we had to take her (farther away), we wouldn’t have minded having to drive to visit her if she was getting the proper care,” Oley said.

In the lawsuit, Oley claims negligence, carelessness and recklessness of nursing home staff and owners caused his mother to suffer serious, permanent injuries and severe pain.

Specifically, the lawsuit alleges the defendants caused severe injury to Dorothy Oley when they:

Julie Beckert, associate vice president, Marketing, Communications for Hampton House parent company HCR ManorCare, said she could not address specific allegations in the Oley case because it’s in arbitration and because of the company’s “commitment to patient confidentiality and resident rights.”

In general, Beckert said the emotional and physical well-being of residents “is our primary concern. We take pride in our long-standing history of delivering quality care to the residents of this community.”

“We feel Hampton House meets these expectations and the center is in substantial compliance with all federal regulations at this point,” she said.

Beckert said Medicare recently revised the rating system, which has “deflated the number of stars many skilled nursing facilities received, although the quality of care, complexity of care delivered and staffing levels remained the same.”

“Thus, a low number may not always be due to poor quality of care. The recent five-star rating changes caused 47% of all nursing centers to lose stars in their Quality Ratings — a focus for HCR ManorCare centers such as Hampton House.”

Thirty-three percent of all centers in the industry lost star ratings on their staffing. Hampton House’s quality measure rating dropped from 5 to 3 without any changes in care delivery,” Beckert said.

Beckert also said patient acuity — the intensity and level of care any particular patient requires — varies in every skilled nursing center, as does the number of long stays versus short stays.

Because some facilities are more selective of the residents they take in, Kavulich said, nursing homes willing to serve members of all populations, including those whose conditions make them more difficult to care for, may suffer rating-wise from resulting incidents.

Some of the best caregivers Kavulich’s staff work with are employed by facilities with low star ratings, he said.

Medicare announced updates to the Nursing Home Compare website and the Five-Star Quality Rating System in March. Changes include revisions to the inspection process, enhancement of new staffing information, and implementation of new quality measures.

A major change was CMS “setting higher thresholds and evidence-based standards for nursing homes’ staffing levels,” given that nurse staffing has the greatest impact on the quality of care nursing homes deliver,” according to CMS.

Previously, facilities that reported seven or more days in a quarter with no registered nurse on-site were automatically assigned a one-star staffing rating. But as of April, the threshold for the number of days without an RN onsite in a quarter that triggers an automatic downgrade to one star was reduced from seven days to four days.

State survey agencies conduct health inspections about once a year on behalf of the federal government, and they may inspect nursing homes more often if the nursing home is performing poorly or if there are complaints or facility-reported incidents. The health inspection team consists of trained inspectors, including at least one registered nurse.

Quality-of-care measures considered for long-stay residents who spend 100 or more days in a facility include the percentage of residents with urinary tract infections, who self report moderate to severe pain and who, like Dorothy Oley, experience one or more falls with major injury.

The way that some of the stars are calculated is not based on quantifiable data, but rather on survey data, making for inconsistent ratings, Marles said.

Marles and Beckert agree consumers should use the star rating as only one component of their decision-making process.

“Absolutely nothing beats going into multiple communities, exploring them, taking a look around, asking lots of questions of both the management and the direct care staff to find out how they feel about working there, what their engagement level is, and talk to residents about how happy they are,” Marles said.

Consumers also should consider asking about a facility’s ability to care for higher-acuity patients and patients with their loved one’s specific illness or injury, and talk to others who have used the facility’s services, Beckert said.

How adequate is the staffing?

James Albert, an attorney with Cefalo Law in West Pittston who has been representing plaintiffs in cases against nursing homes for 22 years, said typical examples of negligence include failing to provide fall protection, a lack of medical treatment and failure to reposition residents often enough to prevent bed sores or skin ulcers.

He’s found levels and types of staffing at nursing homes “vary a lot,” with some having fewer registered nurses and more certified nursing assistants on staff, while others have the opposite situation.

But usually, in cases of negligence, he believes nursing home staffers are “overworked (and) underpaid” and that those homes are “usually understaffed,” despite claims to the contrary from nursing home owners.

That’s not to say there aren’t good nursing homes out there, Albert said.

Marles noted there is a state minimum for staffing, and any licensed facility in the state has to make sure they meet it.

“For one nursing home, the (state minimum of) 2.7 nursing hours per patient day may be the exact number that they need to provide excellent care because they may have residents that have lower acuity,” Marles said.

“Others may need to staff at 4.0 to provide even adequate care because of the people that they’re serving,” he said.

“Elderly patients, especially those with dementia, they have a lot of needs,” said Anzalone, noting certified nursing assistants are routinely tasked with changing diapers, helping residents use the bathroom and similar responsibilities. “I think that can be an overwhelming position for what the pay is and for what the demands of it are, and then it’s only natural to not be able to give everybody your best care.”

Albert and Anzalone said family members must be engaged and vigilant in their loved one’s care. That means visiting regularly, speaking often with caregivers and reviewing a facility’s record of state Department of Health citations, which are also available on the Nursing Home Compare website.

Atmosphere can be deceiving

Oftentimes, especially when someone needs a temporary nursing-home stay to recuperate from an illness or surgery, a doctor or other health care worker will refer family to one or two skilled nursing homes and the family will “sort of go along with the referral” without doing any research, Albert said.

That’s what Oley said happened in his mother’s case. Someone at Wilkes-Barre General Hospital recommended Hampton House to his family.

“My sister and I visited this place before my mom was placed there,” Oley said. “The structure itself, the way it was set up, it looked like it was clean, modern. They had a little courtyard out back for the residents. That’s basically all the research we did. … And of course we were told they had all the staff that they needed, which I guess you could expect from someone that works there.”

But even visiting a nursing home and talking with staff prior to a loved one’s admission doesn’t provide a complete picture of the quality of care one can expect there.

While the layout and atmosphere of skilled nursing facilities might “give you the impression you’re in a hospital setting … you’re not,” Albert said. “Sometimes I think that level of comfort from the surroundings leads you to trust that everything’s going to be fine.”

“It’s partly because, I think, nursing homes are thought of as quasi hospitals, but they don’t have the standards of care or the level of staffing or the quality of staffing hospitals do,” Albert said.

Anzalone said nursing homes that rank best with Medicare for staffing and other measures can be tough to get into.

“The higher-end facilities … may be selective of … the type of patient they’re going to be OK with, that they can give the proper care to,” Anzalone said. “But for as many nursing homes as there are in this area, we have a high geriatric population and it’s hard to find a good nursing home.”