Anzalone Law Offices make food donations to first responders, encourages others to do the same 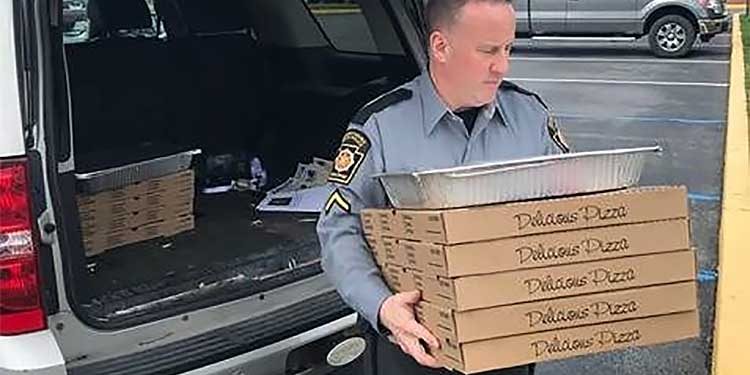 WYOMING — The Anzalone Law Offices announced on Wednesday that it plans to donate two weeks worth of food to local first responders during the COVID-19 crisis, making donations to numerous local emergency responders.

Now the law firm is asking other businesses who can to make similar donations.

The announcement was made on the law firm’s Facebook page, saying they were committing to two weeks of donations of pizza and other food from Dino’s Pizza Express, located in downtown Wilkes-Barre.

The Anzalone Law Offices are encouraging “other local businesses who have the resources” to join them in making similar donations.

They are asking anyone who makes these donations to use the hashtag #FeedAHeroPledgeNEPA when making a social media post.