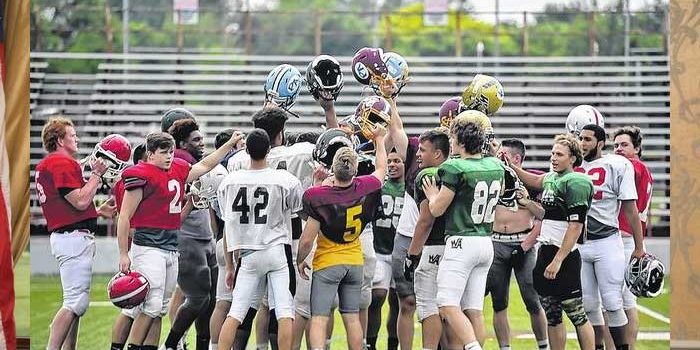 We are pleased to announce a donation by UNICO of $31,000.00 to local charities. The attached memo is a list of those we would like to thank for making it possible. Thank you again and we will see you next June for the 68th!!

The Wilkes-Barre Chapter of UNICO is pleased to report that as a result of it’s successful 2018 UNICO Charity All-Star Football Game, it has donated $31,000.00 to local charities. UNICO would like to thank ANZALONE LAW OFFICES who served as GENERAL SPONSOR of the game enabling 100% of the proceeds raised from all of the SPONSORS who generously contributed to the program book to go directly to charity.

The charities that received contributions were the following:

UNICO would like to thank Wyoming Area High School who graciously provided its beautiful stadium to host the playing of the game as well as Michael DeAngelo who announced the game, George Miller who operated the game clock, and Barry Finn who operated the play clock. UNICO would also like to thank Joseph Pisano, the athletic director of Wyoming Area for all the time and effort that he gave into making sure all the particulars were provided which would include ambulance as well as the West Pittston Police.

UNICO would like to thank the Wyoming Valley Coaches for their cooperation and in particular, Coach Dwayne Downing, who successfully coached the Pioneers to a victory and Coach Jeff Labatch who coached the Miners team.

UNICO would like to thank Geisinger Wyoming Valley Medical Center for providing a skilled team of trainers and the John Heinz Institute of Rehabilitative Medicine who provided all of the supplied that were needed for the players.

UNICO would also like to thank all the players that were selected to play in this year’s 67th UNICO All-Star Charitable Football Game and played with a great display of athleticism and sportsmanship.

A special thanks also goes out to Sonia Mercandante of Meyers and cheerleaders that she organized and cheered so exceptionally at the game representing the Miners and the Pioneers.

Finally, UNICO would like to thank WBRE, WNEP and FOX TV for the excellent coverage they provided to this game, together with Wilkes-Barre Times Leader and the Citizen’s Voice and their sports writers for the excellent coverage they gave to this year’s game as well as the coverage they have given in the past. It is with their objective professional coverage of the game and the events leading up to the game that makes this annual All-Star Charitable Football Game the tradition that it has become.